Sometimes, there are operas you don’t really care to know anything about. 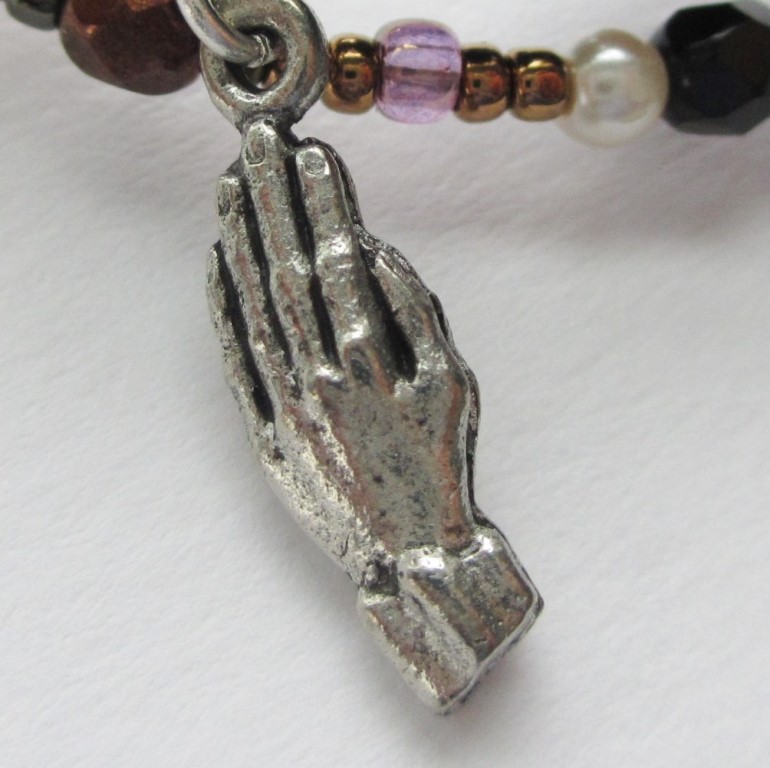 Dialogues of the Carmelites. A bunch of nuns. Yep, I’m SO not interested in that after 12 years of Catholic school. I’m over nuns.

Of course, at that point I didn’t know the story. Early on in my opera journey I vaguely learned that they all get their heads cut off. People I would run into at opera events who learned about my business would snarkily ask if I a had a bracelet for this opera. I’m sure they thought it would be a tacky impossibility with head beads and lots of blood droplets. Would there be a guillotine charm? I was convinced this would not be a sell-able bracelet and that no one would ever ask for it seriously.

I saw the opera in a local production and later followed up on the story beyond the opera which is , not surprisingly, horrific, yet faith affirming. This is what I really love about opera, the way it opens a window onto a world you know nothing about and gives you the opportunity to learn and understand things in different ways. These nuns were real, they were real martyrs and in a way they are credited, through their sacrifice, with ending the reign of terror of the French Revolution.

One day, a frequent customer wrote that she needed a Dialogues of the Carmelites Bracelet as a gift for someone special. What seemed implausible suddenly appeared to me possible. In a light bulb moment I saw a way to express this story through its beauty rather than its gruesomeness.

I could have made this a one off special order but I’m taking the risk that other people connect to this story in a special way or will do at some point in their opera journey. To learn more about the details of the bracelet inspired by Dialogues of the Carmelites, click here: The Martyrs

Tagged:  Dialogues of the Carmelites, Martyrs of Compiègne, Francis Poulenc